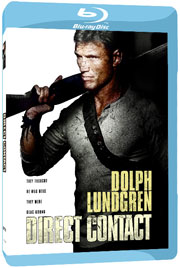 Mike Riggins (Dolph Lundgren), an imprisoned ex-U.S. Special Forces operative in Russia, is given a chance at freedom if he can rescue Ana (Gina May), an abducted American woman.  Shortly after freeing her, he discovers that the kidnapping story was just a ruse. Mike and Ana suddenly find themselves pursued by ruthless government, paramilitary and underworld organizations — all of whom want them dead. With no one to turn to and the enemies closing in, Mike must uncover the truth about Ana and bring her to safety.

The release will feature a widescreen version of the movie with Dolby Digital 5.1 audio to boot. No extras are included on the release.