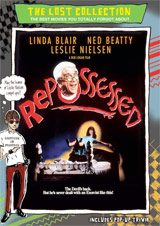 Lionsgate Home Entertainment has just released information about a wave of re-releases coming to DVD in April, under a “The Lost Collection” banner. The wave will include films such as Homer & Eddie, Hiding Out, Irreconcilable Differences, Morgan Stewart’s Coming Home, My Best Friend’s A Vampire, The Night Before, Repossessedand Slaughter High.

As an bonus material, each release will feature a Pop-Up Trivia filled with interesting and hilarious tidbits about the movies and their time. With a suggested retail price of $14.95, these films will be available for under $10 in pretty much all outlets. Look for them on April 14.