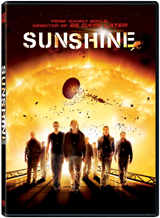 It is 2057 and the sun is dying. Mankind is on the edge of extinction but has one last hope – a group of men and women determined to reignite the dying star. But when the crew discovers a distress beacon from a long lost ship along the way, their trip becomes more dangerous than before.

As mentioned in our Blu-Ray Festival report, the Bu-Ray disc will also offer a picture-in-picture video commentary as an exclusive high definition feature.