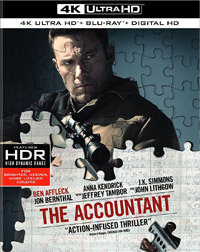 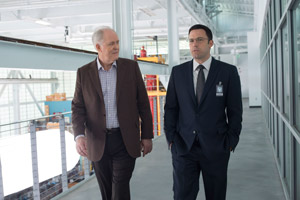 Warner Brothers Home Entertainment has created an interesting movie with a premise that moves away from the traditional thriller formula in that the protagonist is not your regular action hero, but an accountant. Clearly, this kind of setup is enough to get me interested and I decided to sit down with Warner’s 4K UHD version of the movie.

Christian Wolff (Ben Affleck) is a brilliant accounting who can do the most incredible calculations in his head within a fraction of a second and who see the most complex dependencies between problems that require analytical thinking. But his genius comes at a hefty price. Wolff suffers from Asperger’s Syndrome, a disease that has always made him an outsider. Unable to make proper social contact with others, highly fixated on repetitive behavior and order and with an excessively narrow focus of interests, Wolff is lonely and struggling.

His accounting abilities have attracted a special kind of client, however. Criminal elements who use Wolff’s skills to hide and launder illegally obtained money, and who can count on his secrecy because of his limited social interaction and isolated lifestyle. In return, Wolff makes a fortune of his own and knows well, how to hide it. 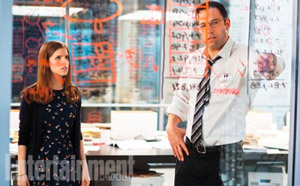 But Wolff’s work has not gone unnoticed by others either and he has attracted the attention of the Treasure Department as they try to identify the enigmatic accountant.

One day, Wolff is called in to investigate the disappearance of large amounts of money from a leading robotics company. It takes him no more than a few days to uncook ten years worth of accounting malfeasance, but by doing so he instantly becomes a target for the men who perpetrated the crime.

Fortunately, the accountant has another strength. His emotionless calm makes him an incredible marksman, and when he suddenly finds himself in the crosshairs between the Treasury Department’s Crime Enforcement Division and a team of killers, the hunted quickly becomes the hunter. Emotionless, analytical, and deadly. 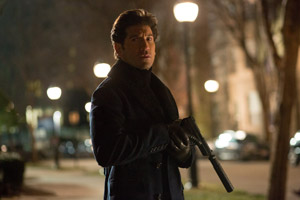 I had high expectations for “The Accountant,” going in. It is not often that you see a film in which a disability like autism is major character trait, and most certainly not in the action-thriller genre. Unfortunately, I found that overall, the film is as emotionless as the protagonist himself. In terms of its structure and the overall execution, it’s not a bad film. It certainly pushes all the right buttons with high-energy action scenes and testosterone-fueled ratatatata shoot-outs, but in terms of its storytelling and its ability to get viewers to connect with the premise and the characters, the film truly falls short.

Ben Affleck makes a great Christian Wolff. He is detached and we definitely buy into the portrayal of his disability, especially since many of the problems arising from it are nicely portrayed in short vignettes and flashbacks throughout the film. 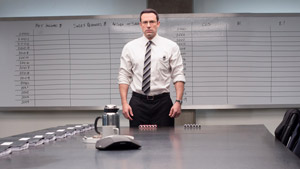 A main character as severely flawed as Wolff, however, needs a strong counterpart. A figure that evokes emotion to compensate for Wolff’s coldness, and this is where the film fails. Anna Kendrick plays Wolff’s involuntary sidekick and emotional crutch as he tries to protect her from harm. He likes her a lot even though he cannot show it. The problem is that Kendrick is just not all that likable in this part. Her performance is wooden and the delivery of her dialogue is an emotionless, fast-paced staccato. This has become an increasing trend in action-thrillers in general, I’ve noticed, with the misguided intent that the speedy delivery would create a sense of urgency, when in fact it results in a detachment from the character itself.

The problem with characters continues, as the movie also features no strong villain. Jon Bernthal tries to make the most of his part, but the character has no depth to speak of and comes across as just another one of the many henchmen in the film, without standing out as a true leader or overly intimidating figure.

The rest of the cast is really just your average shooting gallery of henchmen that typically do not survive more than a few minutes on the screen.

While characterizations are a big problem in the film, at least the pacing of the story is well-handled on the whole. There is a definite build-up in the story, as Wolff is established and the layers of his personality are slowly peeled away, the story gets denser and propels itself towards the climate. The overall problem, however, is that the story and its outcome is entirely predictable from beginning to end and offers absolutely no surprises whatsoever. If it weren’t for the autism aspect of the protagonist, The Accountant would be as formulaic as modern day thrillers get.

Warner Brothers Home Entertainment is presenting the movie in a perfect 4K ultra high definition transfer on this release. The HDR encoding of the transfer helps render an image that holds incredible image detail in the darkest of areas as well as in the highlights. Colors are bold and vibrant, always natural looking and never bleeding or oversaturated. With the high definition of the transfer, the movie looks like a million bucks, just as you’d expect from a brand new major studio production. 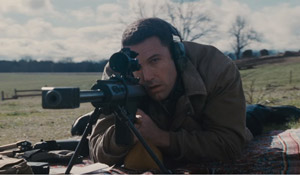 The release is accompanied by a DTS HD 7.1 Master Audio track that is explosive and extremely active. Surround channels are engaged constantly and to good effect, and with its incredible dynamic range, the track truly thunders through your living room while making sure the high end of the spectrum remains clean and undistorted. Dialogues are well-integrated and always understandable.

Among the extras on the release you will find a few featurettes, covering various aspects of the movie’s production, including a look at the behavioral aspects of Asperger’s Syndrome. Other featurettes discuss the protagonist and the action scenes in the film.

I have to be honest. I did not care much for The Accountant. While it’s not altogether bad, the film simply never managed to pull me under and keep me in its grip. The fact that it is so predictable and the characters so distanced simply never allowed me to fully lose myself in the experience. Your mileage may vary, of course.