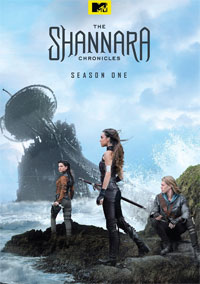 The Shannara Chronicles: Season One (2016) 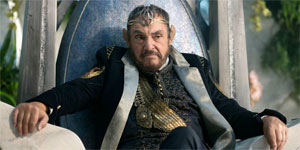 For years, I have been calling for movie adaptations of Terry Brooks’ Shannara novels, and with the incredible success of the “Lord of the Rings” and “The Hobbit” movies, not to mention the television success of “Game of Thrones”, one would have expected, someone would have jumped at the opportunity to turn these fantasy classics into film a long time ago. Strangely, it never happened.

Then came the announcement that it would be turned into a TV series. Okay, I thought, that makes good sense, too, especially seeing the incredible production values of television shows like “Game of Thrones” and others. And then I realized that it would be MTV doing the adaptation. MTV? Didn’t they play music videos? What the hell are they going to do with Shannara? A worse match I could never have imagined. 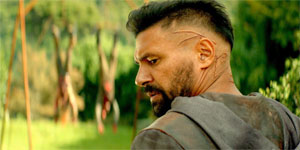 Months later, during Comic-Con, I saw the first images from the show, promo stills that showcased the characters and it made me want to scream. It seemed as if the creators had never read any of the Shannara books because virtually none of the images reflected the stories that I had read and fallen in love with over the course of 35 years.

So, when the DVD set of the show’s first season ended up on my desk, I was torn. Part of me wanted to see the show, and part of me was horrified at the prospect, the potential disaster. Ultimately, curiosity won over and I gave the release a try.

Covering the events in the third book of the Shannara series, “The Elfstones of Shannara,” the show tells the story of the elves, as they are facing the dying of the Ellcrys, a magical tree that serves as a guardian of the Forbidding, a netherworld filled with the foulest demons imaginable. As the tree dies and its leaves drop, these demons are released from their prison, ready to wreak havoc upon the world. 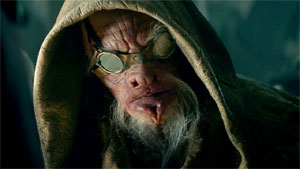 Through a variety of circumstances, Amberle Elessedil (Poppy Drayton), Wil Ohmsford (Austin Butler) and the Rover girl Eretreia (Ivana Baquero) find themselves on the quest to take a seed of the Ellcrys to the mythical fountain Bloodfire so it can spawn the rebirth of the tree. Hunted by different factions and the demons, the trek takes them through troll-infested areas of the Four Lands, landing them in danger more often than they like, while the struggle takes a toll on them, challenging their ideals and loyalties.

The early Shannara books had a lot in common with the “Lord of the Rings” trilogy—they were very inspired by professor Tolkien’s work, one could say, and you will find many elements and tropes that will appear familiar. From the Elven—or Elvin, as it is called in Terry Brooks’ lore—council to the fellowship, the wizard and his rebirth, the overwhelming army of monsters marching on the last stronghold, all the way to more subtle references, it is clear that the Shannara stories work with formula elements. At the same time, I never found the books truly derivative, just as J.K. Rowlings work has an identity of its own even though much of her stories and world has been lifted from other works. 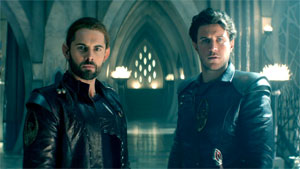 As I watched “The Shannara Chronicles”, it turned out that the show is not quite as bad as I had feared. Once you get past the ridiculous Gen-Z infusion and the cheap visual effects that look like they were all digitally scrubbed clean, the story itself still works. It is by no means a great show, but it is definitely entertaining and watchable. Just don’t expect full-blown production values or top notch acting. While Austin Butler makes a great Wil Ohmsford, other cast members, such as Ivana Baquero, just don’t make the cut with their artificiality and contemporary body language. But as I said, on the whole, there is good stuff to be found in the show that keeps it entertaining. 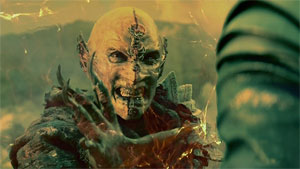 I still take exception with a lot of things in the show, however. The fact that every character is a beautiful specimen of the human species, complete with perfect six-packs that are consistently showcased, makes absolutely no sense. The fact that they all have perfectly straight teeth, bleached to perfection, fits even less into the world of Shannara, and neither do the lip gloss and manufactured rubber shoe soles or buzz haircuts. And let us best erase all memories of the party/rave episode with hip-hop dancing… Speaking of which—“The Shannara Chronicles” despite some of its strengths, has some of the worst and unsuited music I can recall in television for a long time. Its constant pandering to the Generation Z demographics is painful at best, and an insult to people’s intelligence at its worst.

I also found that the post-apocalyptic theme was taken way too far. In the early books, Terry Brooks never intended for the Four Lands to be post-apocalyptic—at least he never described it as such. It was only later that he introduced it into the world’s history. So, if anything, it should have been implemented extremely carefully without drawing too much attention to it. Instead, in the show, it often feels like you’re watching a Fallout-movie, making your way through Vault 13. Since the fall of mankind must be more than 350 years ago, it also makes no sense at all to have the skeletons of cars and helicopters strewn across the landscape, as they would have uniformly rusted away into unrecognizable, overgrown parts of the landscape. The fantasy monsters, like trolls, are suddenly replaced by mutated humans, just as the gnomes appear to be no more than mutated people. I understand that this dramatically helps cut the costs for visual effects, but it is not at all in line with the vision of Shannara as it was presented in the book “The Elfstones of Shannara.” 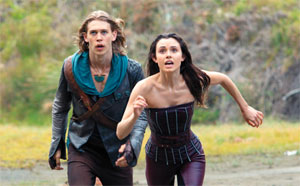 I expected to be sorely disappointed and disillusioned by “The Chronicles of Shannara” but found that the show does have some redeeming values that kept me watching and looking forward to the unfolding of events. The pacing of the show is good and none of the episodes feels stale or plodding and the storyline is tightly focussed, always keeping things in perspective without getting bogged down by unnecessary plot lines.

While far from perfect, “The Shannara Chronicles” turned out much better than I expected and if you’re in the mood for some fantasy fare, give it a try. You might just like it better than you’d expected.